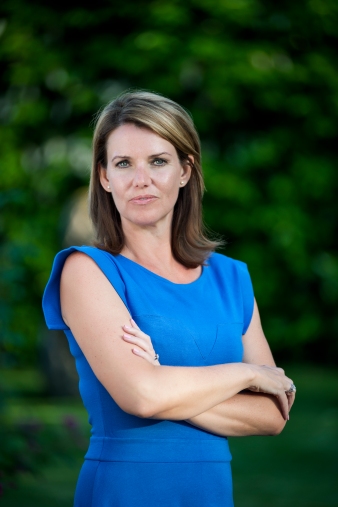 Paula was born by the River Mersey in Birkenhead in 1967, the third daughter in a large working-class Catholic family. She lives in Arizona (though back in England every summer) with her husband, the Shakespeare scholar Sir Jonathan Bate, and their three children (Tom, Ellie and Harry). She is founder and lead practitioner of ReLit, the charity for literature and mental health. Paula is represented by The Wylie Agency and, for TV and film, The Gersh Agency. In 2016 she was invited to become a Fellow of the Royal Society of Arts. She has previously been a Royal Literary Fund Fellow at the University of Warwick. She is the historical and literary consultant for the PBS series based on Jane Austen’s unfinished last novel, Sanditon.

Paula is the author of seven highly-acclaimed works of non-fiction, most recently The Adventures of Miss Barbara Pym, which was a BBC Radio 4 Book of the Week and a ‘Book of the Year’ in four national newspapers. The Genius of Jane Austen: Her Love of Theatre and Why she is a Hit in Hollywood (an expanded and updated revision of her first book) was a New York Times Editors’ Pick. Kick: The True Story of Kick Kennedy, JFK’s Forgotten Sister, and the Heir to Chatsworth was a No.1 Bestseller in two countries and is currently optioned by Apple TV+. Before this, Paula wrote the tie-in book to the award-winning movie, Belle, in which she told the true story of the daughter of an enslaved woman who was brought up by the Lord Chief Justice of England in the years leading up to Abolition.

In January 2013, to coincide with the bicentenary of the first publication of Pride and Prejudice, she published an innovative biography called The Real Jane Austen: A Life in Small Things. It was a Sunday Times Top Ten Bestseller and a BBC Radio 4 Book of the Week. Her previous book, Mad World: Evelyn Waugh and the Secrets of Brideshead, told the story of Evelyn Waugh’s friendship with the extraordinary aristocratic family who inspired Brideshead Revisited. It was also a Sunday Times top ten bestseller and in the USA it was serialized in Vanity Fair.

Paula’s first top ten bestseller was Perdita: The Life of Mary Robinson. A selection for the 2005 Richard and Judy Book Club and a British Book Awards ‘Best Read’ nomination, it was also long-listed for the prestigious Samuel Johnson Prize. The book tells the extraordinary story of the eighteenth-century actress, poet, novelist, feminist, celebrity and royal mistress Mary ‘Perdita’ Robinson (1757-1800).

Her debut novel, Look to your Wife, was published in 2018 and Mirror Mirror, her historical novel based on the life of Marlene Dietrich, appeared in 2020 and was reissued in paperback the following year as Blonde Venus. The London Times described it as “wonderful … a whirl of banquets, massive jewels, sex and death … eye-poppingly funny and thought-provoking … David Niven’s classic movie memoir The Moon’s a Balloon meets Game of Thrones.”

Paula has also edited a Routledge Literary Sourcebook on Jane Austen’s Emma, co-edited the poetry anthology for wellbeing, Stressed Unstressed: Classic Poems to Ease the Mind, and is a regular reviewer for the Saturday Times. She was a judge for the 2018 Costa Book Awards.

She is now writing a book about Thomas Hardy’s women and contributing the Introduction to a new Penguin Classics edition of Brideshead Revisited.

GO TO MY CHARITY